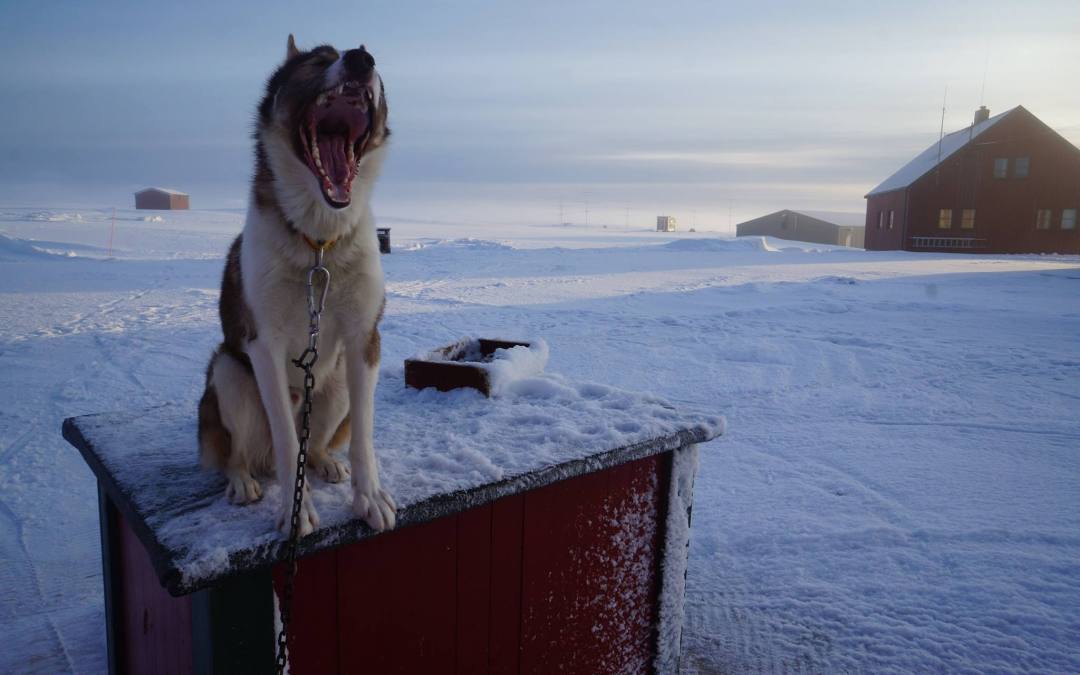 Last winter I spent six months on Bear Island, isolated in the Barents Sea. There is no settlement there apart from a meteorological station with a rotating crew of nine. I was lucky enough to be one of them.

Believe it or not, dogs can be impressively effective guards against curious, hungry or aggressive polar bears. Throughout the history of the island there are plenty of examples where the dogs have not only notified the crew of an approaching bear, but also actively chased the bear away. Nowadays, with a decline in sea ice, bears are a rare sight on the island. The dogs, however, are still tremendously important to the crew. They are trusted hiking companions and someone to confide in.

The Nine, as I chose to call the crew last winter, didn’t go all the way to an isolated island in the middle of nowhere to hang out with other people all the time. Sometimes we needed to be apart, not because we weren’t friends, but just because solitude was part of what drew us there in the first place. And sometimes the unconditional joy and love of a dog is the purest and sanest thing on the planet. All of us grew fond of the dogs, and a few took extra responsibility and care of one each (or two in the case of Eerkki and Aki – they are always together). It had to do with interest and simply with connecting, finding a buddy. For me it was obviously going to be Laban, the youngest and most unruly of the bunch.

A recurring favourite moment happened every time I put on my anorak and a knapsack, picked up my rifle and walked out the front door to load. In a split second Laban would jump up on the roof of his house and go into a frenzy. He’d whine and wee himself from pure excitement and joy. Getting him to stand still long enough to get the leash and harness on could sometimes be a challenge. But one of the great pleasures of getting to know a young dog is to watch him learn and develop. Laban changed so much in the six months I was there! He went from a gangly teenager to a young stud. He learned to skijor (pull a cross-country skier) and quickly grew to understand that running in circles or making quick turns was a really, really bad idea when attached to a person with skis. Well, the one that had to suffer through those experiences was actually me, and I did aquire some interesting bruises and battle wounds along the way. Still, he didn’t want to hurt anyone, and pretty much got the technique after my first major fall. Or it might have been that one of the others is more apt at training dogs and taught him the ropes while I was at work. Who knows? 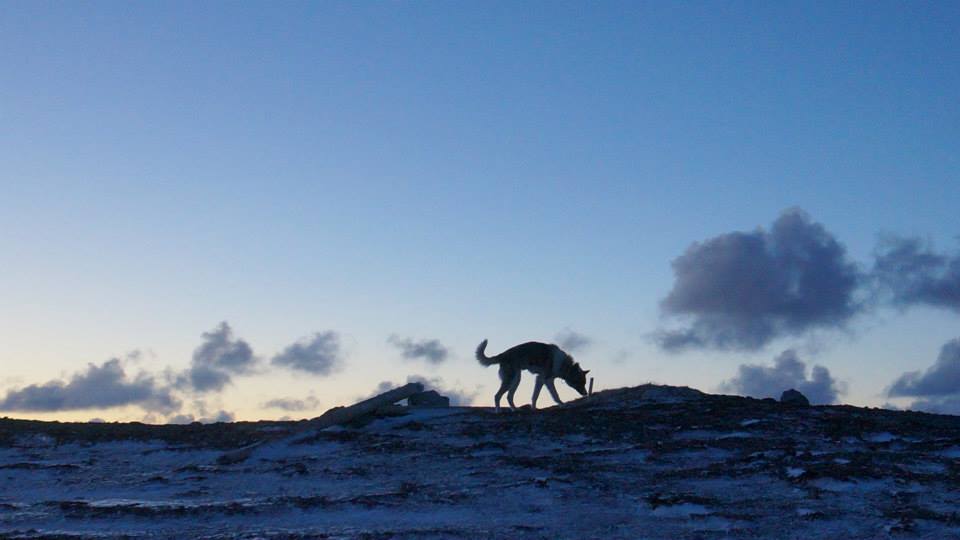 My worst moment during the whole stay also involved Laban, but it was all my own fault. We went skiing to a cabin, just me and him, and had a great time. Two days of exploring, playing in the snow and cuddling. On the way back I let him run loose because I wanted to take pictures of the old, ruined mining town at Tunheim. Bad idea. We were close to Brinken, the cliff that plummets into the sea around most of the island. It is the home of thousands of sea birds, and Arctic fox hunt along it, even running down the cliff itself. As I was skiing along, Laban disappeared out of sight. I stopped to call him, but couldn’t see him anywhere. I kept going, and stopped intermittently to call for him and take some photos here and there. The landscape wasn’t entirely flat, so I expected him to pop up from behind a rock or come sniffing one of the rusty train carts at Tunheim at any moment. Only he didn’t. I started looking for tracks, and called for him some more. No Laban. That’s when I got really nervous. Being so close to Brinken, and seeing plenty of fox tracks left me anxious. What if he had run after one? Being so young and eager (a.k.a. stupid), he might even try to follow it down the cliff. Horrible images of Laban tumbling down into the sea or smashing against the rocks entered my mind, and I got really scared. I went along the edge of the cliff, searching for tracks and calling, calling, calling. I made my way back in the direction of the cabin, painfully slowly, to search for him. If he had fallen, the least I could do was find him and make sure he wasn’t in pain. No matter what that might involve, it was my responsibility. I had a gun, after all. Tears and snot froze to my faux fur hood. The north east started to blow and the clouds loomed above me. The last thing I needed was a complete whiteout. Finally, after two hours, I saw the cabin in the distance. And guess who was sitting politely in front of the door, waiting for me to come back? There he was! I guess he was just enjoying cabin life so much that he wanted us to stay. When we finally returned to the station I had missed the birthday dinner of Mikael, our cook, and I was a complete wreck. My throat and voice didn’t recover for days from screaming my heart out. But that really didn’t matter. Laban curled up in his house like nothing had happened. And, well, nothing had. Except me being a stupid, stupid girl.

Right now you can watch our adventure on TV! The National Broadcasting Corporation sent a team up and the result is a documentary series in six parts. NRK 1, every Tuesday at 20.15. You can stream it here (depending on your region).