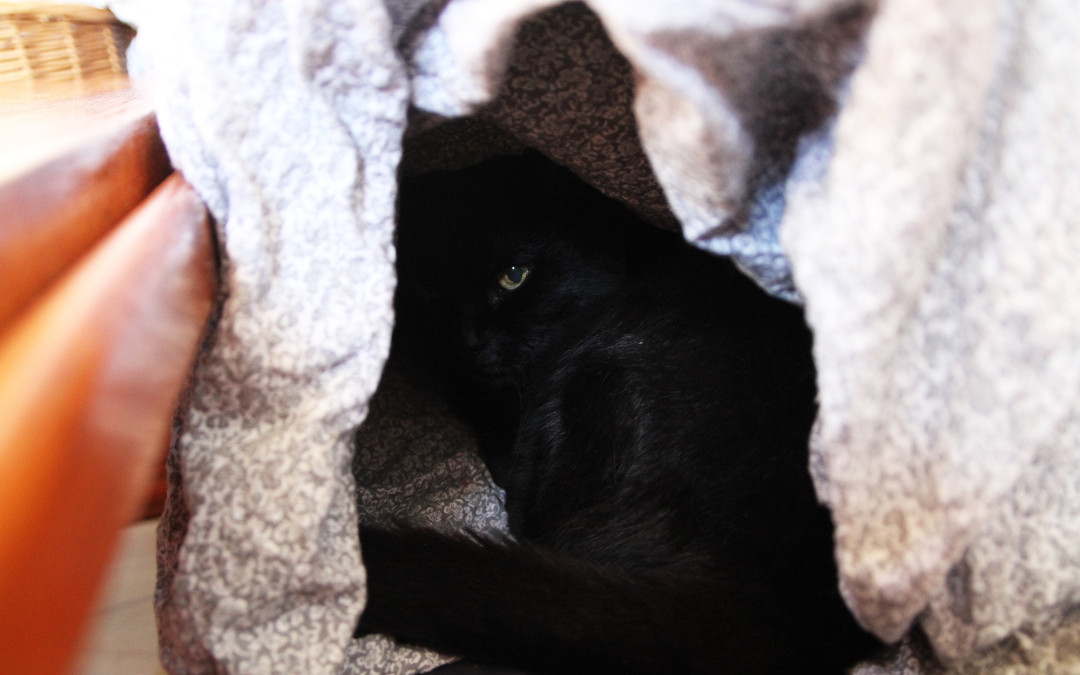 Ohai. That’s how cats say hi, or so the internet claims. I’we watched lolcats when the skipper wasn’t looking. Don’t tell.
Just wanted to give you my version of this sailing adventure so far. I am liking it. The adventure and the fish, especially. I like the wind a bit. It smells good. But I don’t like the waves so much. Everything moves and I have to run and hide. I mean, things actually fly around inside the boat. Now I understand why the skipper attached both my food bowls and litter box with bungee cords. Also, I’m not sure if she notices, but water actually gets inside the boat sometimes when the waves go all the way over. I don’t like to be wet! And I don’t like that feeling in my tummy when it moves too much. But it passes quickly. What I really like is being holed up! Then I get lots of good food and cuddles. I get to stay the whole day under the duvet if I so please. And she bakes things that make the boat smell nice and tells me stories. Like the other night, when she baked an improvised Stargazy pie from my favourite story. It’s about a cat in a place called Mousehole. That’s in Cornwall. She says she’s been in Falmouth, which is nearby, and that it’s very lovely and we will sail there next year. Then I want to go to Mousehole and taste the Stargazy pie they make, to know if it’s as good as hers. Some humans find it weird with a pie that has fish in it. I find it logical. And it’s called Stargazy pie because the fish poke out of it, looking at the stars. The main point of the story, apart from the pie, is that Mowzer, a very brave cat who didn’t run and hide when everything was moving, purred and sang to calm the storm cat. I purr a lot, so I should be good at helping out with that. But I do prefer that we stay holed up if a storm ever comes. Because we won’t starve even if we don’t go out to catch any fish. With all the food the skipper has dragged into the boat we will be fine for a long time. I’m not touching the dry pellets just in case, and only eating the yummy pieces in sauce. It’s my contribution to rationing, and I tell her so every time I’m by my food bowl. Not sure she gets it, but I usually get my way anyway.