once upon a blue moon 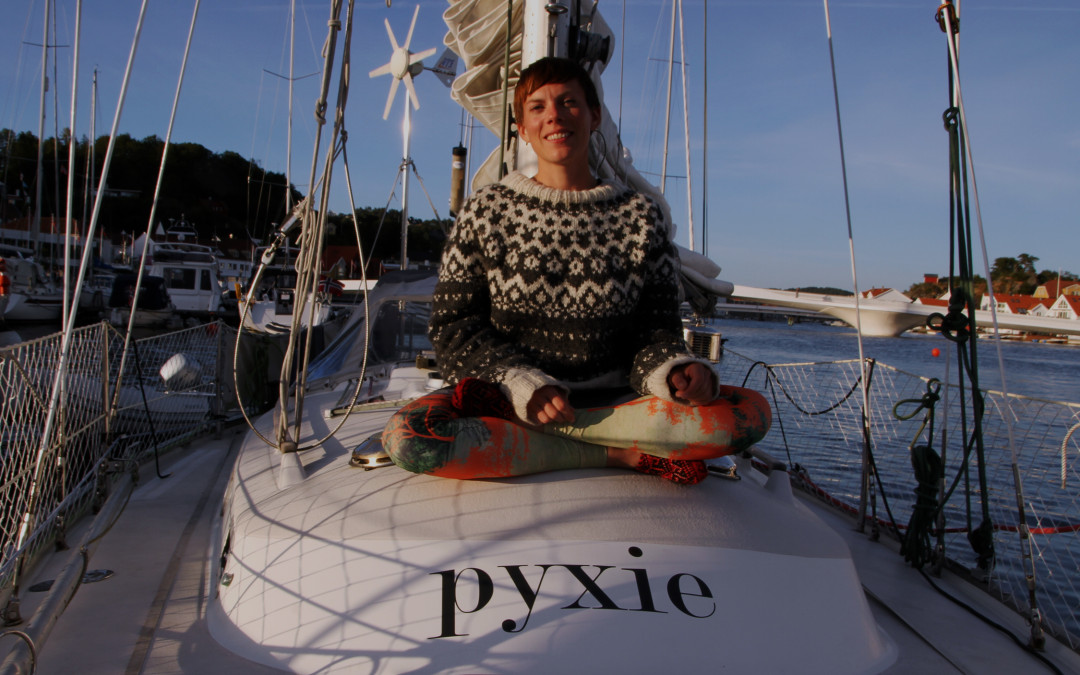 See, it’s supposed to mean bad luck to rename a boat, unless it’s done right. There might be many reasons for this belief. One theory is that renaming a boat without asking the gods of sea and wind for permission might cause anger and thus misfortune for the ship and crew. A more likely, but sightly boring one is that a commercial ship that had clearly been renamed might be a sign of bankruptcy.
No matter the reason, I do believe in infusing life with a bit of magic and ritual. It makes me feel connected to whatever it is I set out to do. And in this case, it made me feel connected to the boat itself and the powers of the sea and the wind. It’s quite simple, really. It’s about attention and reverence. The ocean is vast and enourmously powerful. Giving a bit of thought to that, and carrying out a ceremony or ritual that somehow shows humility is never a bad idea in my opinion, if only for the sake of my own mindset.
So I decided to do the renaming right. Not necessarily right as in following the rules set out by someone else and spread across the internet. Just right according to my own intuition. The full moon does have a lot of power, whether you call it scientific or magical. And on July 31st there was a Blue Moon. Not as in a moon with the colour blue, but a phenomenon that occurs only once every two to three years where there is an «extra» full moon, in this case a second full moon within a month. It is thought to be eeextra magical. In addition, this night marked my last night sailing solo for a while, and also being at the southernmost point of Norway before rounding the cape of Lindesnes and turning north. So I really couldn’t find a better moment to carry out a little renaming ceremony.
I did remove all traces of the old name first, and cleaned the boat thoroughly both inside and out. Then, as night fell, I sat on the bow communing with the powers of the sea in my own way. And, yes, I sacrificed a little bit of wine for the gods too. When that was done, I placed the vinyl stickers with Pyxie on the boat. And, lo and behold, just as I had stuck the name on and was ready to draw the covering film off someone sent up fireworks! Yes! Pretty decent fireworks too, as it turned out. I then made another toast and sacrificed more wine to Poseidon, Aeolus and Yemanja, asking them in turn for their protection for my little ship. It just felt right, and I had a very happy night.
Now I am ready to round the corner and go north with a properly named boat.
Cheers to the wind who seems to be turning in our favour tomorrow. May we sail safely with a gentle breeze in our backs.